Last week a concerned parent raised the issue of parking and traffic flow at MTS and the roads used to access MTS, Harrison School and the Early Childhood Centre. These concerns are nothing new and all parents would have experienced how hectic it gets, both before school and after school.

This issue has been raised with Transport Canberra over the last six years and while there have been some minor modifications, I am pessimistic about any major structural changes occurring. For me the two major concerns relating to traffic flow are that cars are forced to queue along Wimmera St and then Mapleton Avenue when accessing the school. This creates safety issues for cars turning into Wimmera St as they have to navigate the queuing cars and are often forced to swing wide towards on-coming traffic. The second is that we only have one exit servicing all of our carparks. The traffic leaving our school has to wait for pedestrians coming from Harrison School and leaving MTS, heading south.

In 2016 Transport Canberra and City Services engaged SMEC (Snowy Mountains Engineering Corporation) to conduct a scoping study looking at the traffic issues around all three centres. At that time MTS had a total student enrolment of 721 students. This year we have 818 students. It was a wide-ranging review that had comments linked to my concerns.

On queuing traffic, it states:

“… the PM peak site visit shows that the queue of MTS traffic entering the school reaches the Mapleton Avenue left-turn lane. These vehicles did not leave sufficient space for safe two-way operation on Wimmera Street and created some conflicts between vehicles turning into and out of Wimmera Street. This queue is not caused by intersection operation but by people waiting in an unsafe location to access the pick-up/drop-off spaces at MTS.”

To try and alleviate the congestion, Transport Canberra has encouraged the school to promote walking and riding to school as well as making better use of public transport. These ideas can work well with enough support, however cold and wet days are when we often experience the greatest congestion. Some suggestion has been made to enforcing the no-stopping zones where cars currently queue trying to access the drive through pick up and set down area.

This has been tried once and created greater congestion as all the cars waiting to get into the school were forced to circulate and wait for the opportunity to access the car park.

“Provide a second entry point to the MTS car parks so vehicles can access the overflow parking areas without driving through the main car park and across the pedestrian path.’

Given the location of the intersection with Collaroy and Wimmera Streets as well as the bridge, I personally think this would be a difficult to achieve.

Parents from Harrison School engaged with Transport Canberra and City Services who conducted a site inspection late last year. Their report, provided earlier this year, again focused on minor modifications. It noted that, amongst other things: "Unsafe driving and parking behaviours like parking on verges, driving on footpaths and speeding does reduce safety for children and will need to be managed through a combination of education, enforcement and engineering treatments." It did not articulate what would comprise those items at this stage.

They have produced parent information which we have shared before. The first of these is reprinted below. If only a small fraction of parents followed their suggestion it would assist with our current issues.

Currently the Chair of our Community Council is working with parents and staff from the Early Childhood Centre and Harrison School to look for solutions that would alleviate some of the concerns we all have. This group has approached our local elected representatives to engage further on these issues. We ask parents that are frustrated to share their frustration with Traffic Canberra and our local elected representatives. This may make a difference.

Most schools experience parking issues as the majority of the students arrive and leave at the same time, however there are improvements that can be made. We are pushing for a no queuing zone to be painted on the road at the intersection of Wimmera and Collaroy Street. We are also looking at the issue of students crossing Collaroy Street to access the paths and cars parked on the dirt car park.

The MTS Traffic Committee currently consists of Damien and myself. We would love to have others join the committee and try to come up with workable solutions to issues many parents have been complaining about for many years. Please contact the front office if you are interested.

I would also like to make note that the school carpark is a private carpark for parents to use at drop off and pickup times, and for staff and visitors to the school during school hours.  We have noticed some cars being parked in the carpark from the early hours of the morning until much later in the day or into the evening.  Please note that our school carpark is only for school purposes and cars parked in the carpark who are not visiting the school during school hours are kindly asked to refrain from parking on school grounds particularly those who are accessing the tram.

Traffic congestion is a common issue around most schools during the morning and afternoon peak periods. Roads aren’t designed to cope with the sudden increase in traffic volumes for 15-20 minute periods each morning and afternoon. There is no traffic engineering solution to resolve this problem, roads and carparks simply aren’t built to meet the high demand over a short period.

If you need to drive, a simple way to reduce the congestion around our school is to use part way drop off or collection points. Part way points can significantly reduce the burden on the local road network. They are ideal for families who live too far away from the school to walk or ride for the entire journey.

Consider dropping off and collecting students from a location that is a short distance from the school that provides safe and easy access. Not only will you help to reduce congestion around the school, children will also receive the health benefits for walking or riding part of the trip. Useful resources are available on the Transport Canberra website.

This week I have finalised staffing for two of the positions I mentioned several weeks ago.

Mrs Stacey Walters (5 Ivory) will be replaced by Mrs Trees Williams for the remainder of the year. This will give us three Mrs Williams' in the school and two teaching next door to each other!  Miss Jayde McKenzie will be taking 6 Ebony two days per week while Mrs Boyton is on leave for term two.  We welcome both ladies to MTS.

We are still interviewing for two other positions.

Congratulations to Piyushi Bandara (4 Indigo) who was last week’s winner. Another first-time winner which was great to see.  This week’s problem is: 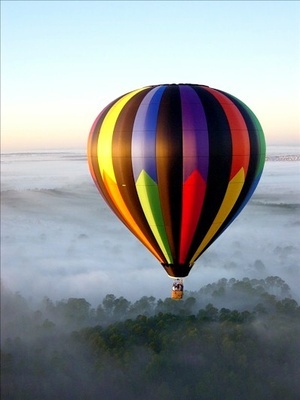 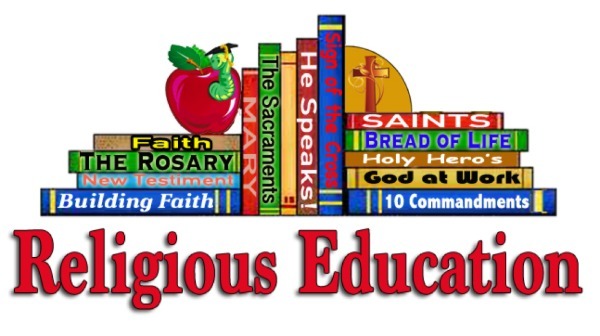 The Whole school focus theme for this year is:

Our value for the next two weeks is: Calm

At Mother Teresa we are going to be calm towards those we meet in our class and on the playground by: 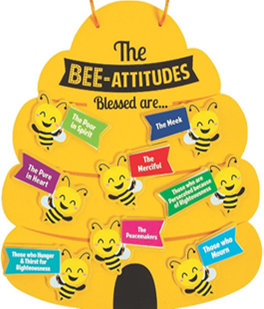 Thank you Mrs Brown, Miss Weston and Mrs Maher, along with 2 Jade and 2 Lime for presenting a beautiful Focus Assembly on Calm last week.  It was great the way they incorporated how we can be clam peacemakers. The whole school supported them beautifully with singing the ‘ Beatitudes song.’

Please pray for our  Year 6 Confirmation Candidates, their teachers and families as they embark on this important time in their faith journey.

Please ensure that you have made a booking if you are going to attend Holy Week Celebrations. Parents attending the Passion on Palm Sunday also have to book.

Year 6 celebrated their first Grade Mass for the year. It was a beautiful mass and the students participated reverently and sang with great enthusiasm. We also welcomed Eroni and Ariahn into the catholic faith when they are Baptised. Austin Steer received his First Eucharist along with Eroni and Ariahn. Thank you to those parents who came along to support the students and teachers. 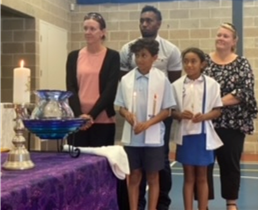 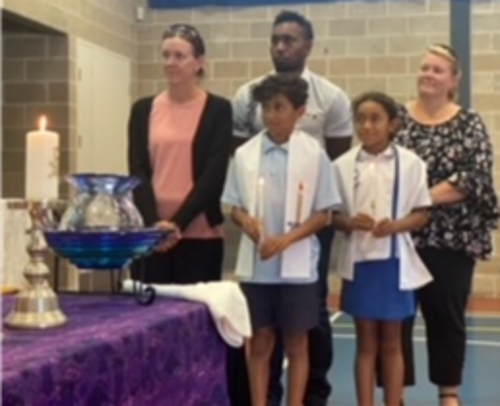 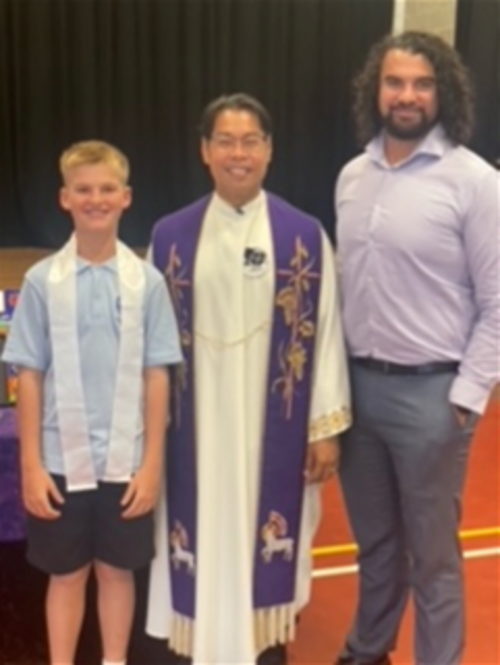 At Mother Teresa School, we are trying to reach out to others and bring hope to those who are less fortunate than ourselves during this time of Lent by raising money for Project Compassion.  We encourage you to talk to your child about the importance of giving to those in need and to give generously.  Please encourage your child/ren to bring in their Project  Compassion envelops and donations this week. Each class has a Project Compassion box available for the children’s donations.  So far we have raised $1671:65.  Fabulous effort everyone!

The students have been looking at the case studies of where there money is going this week it is going to Halima from Bangladesh. 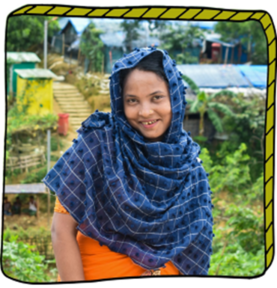 Halima is raising two children under seven in a refugee camp in Bangladesh, while caring for her mother who has a disability. Widowed at just 21, Halima fled violence in Myanmar’s Rakhine State in 2017, arriving at the camp with nothing.

Caritas Australia, through its partner, Caritas Bangladesh, helped Halima out with a shelter and cooking equipment so that she could feed her family. She participated in hygiene and sanitation training and took on the role of community trainer herself, organising the cleaning of washrooms, wells and toilets.

Halima is proud that she is able to earn a small income, while maintaining the health of her family and the cleanliness of the camp community. Her children are adapting to life in the camp and are now at school.

Halima aspired to ‘Be More’ for her family and for the community around her.

“My hope is that our children will be able to do a job, to live with pleasure, they will find their happiness - that will bring wellbeing for them,” Halima says. 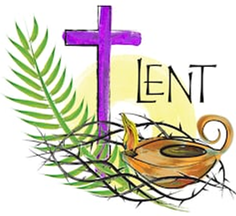 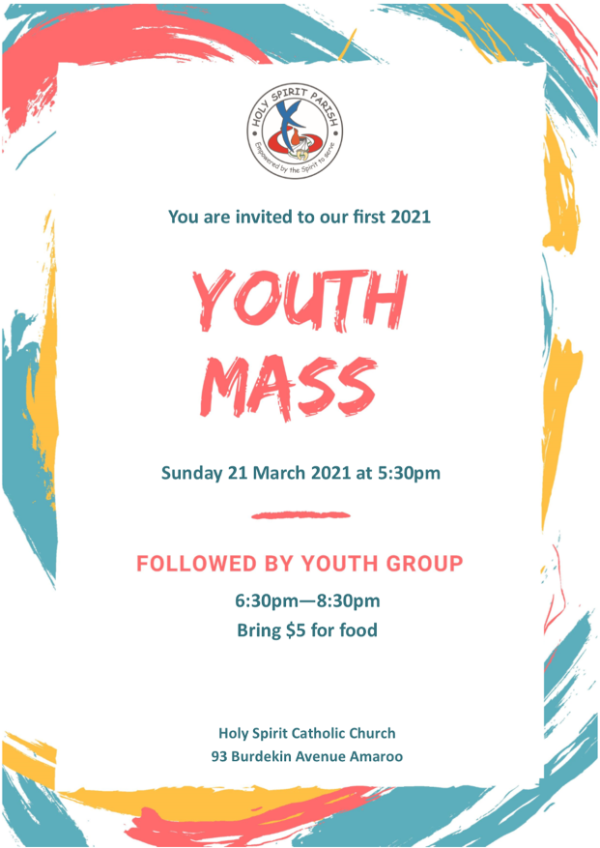 Join the Holy Spirit Gungahlin Parish community on Sunday 21 March for our Youth Mass (5:30pm) and Youth Gathering (6:30pm).  The Mass will be led by the young people of our parish and schools. This is a good chance for everyone to get together and have fun, faith and fellowship with our young Church. Food will be available at the youth gathering.

For catering purposes, please send a quick reply if someone in your family will be attending!

Hope to see you all there 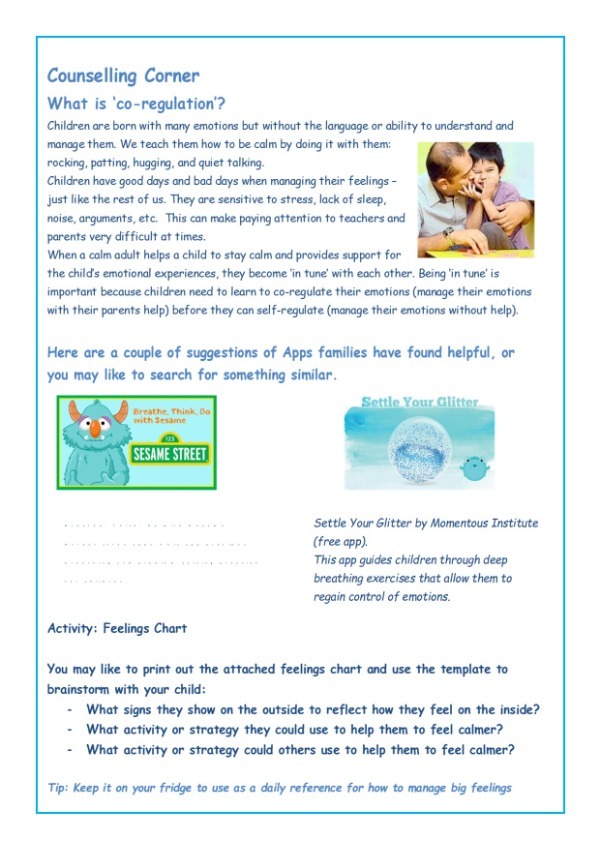 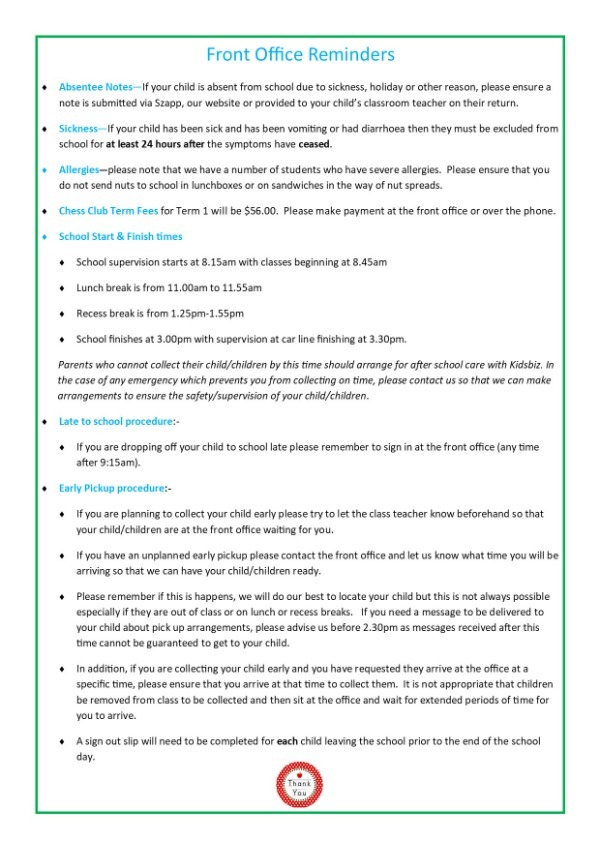 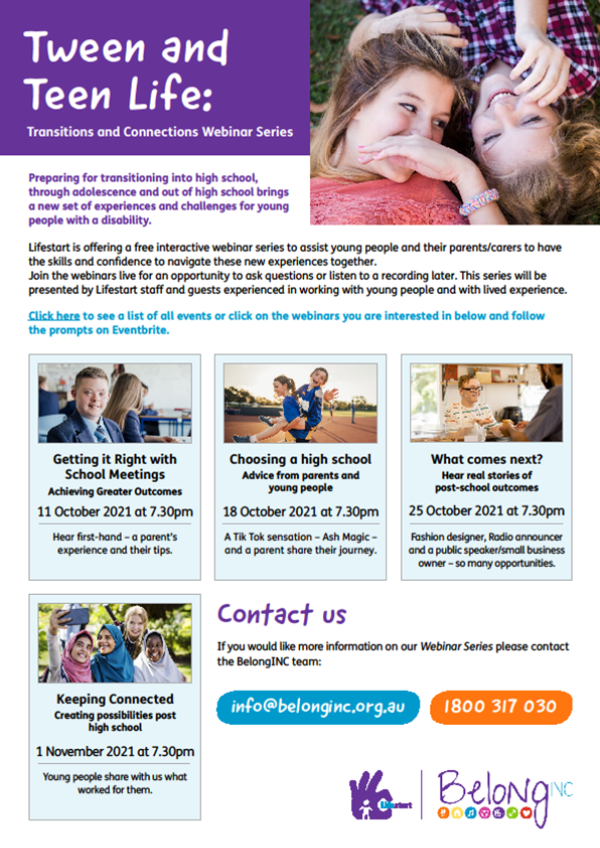 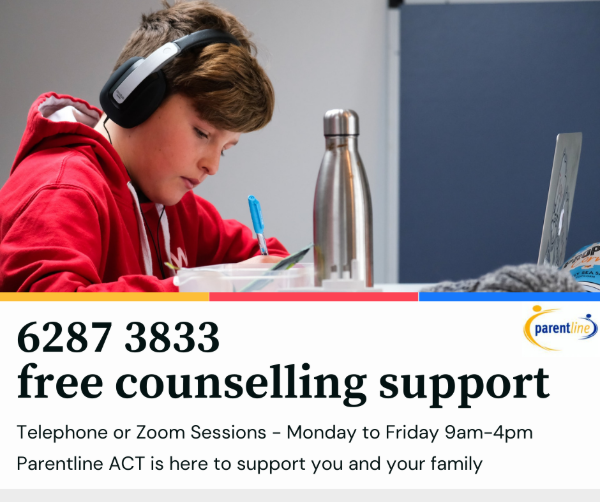 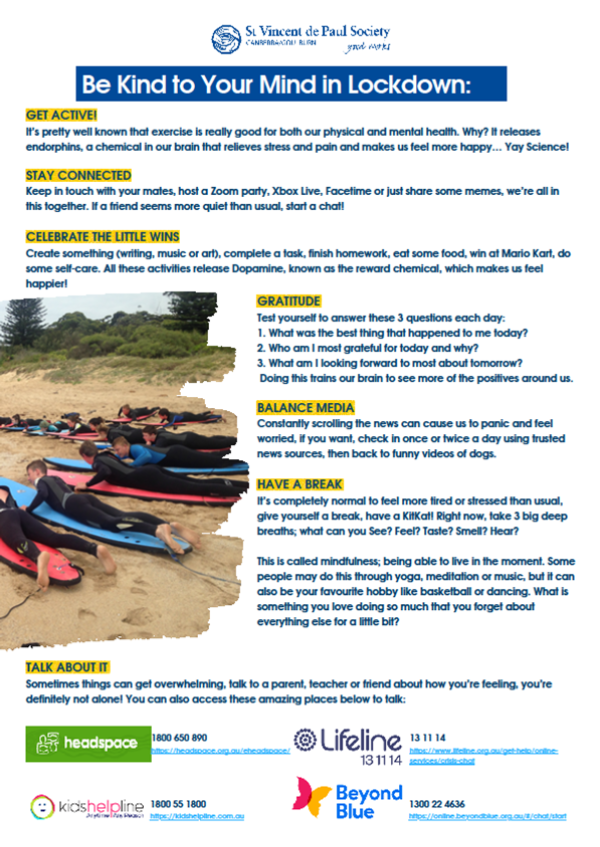 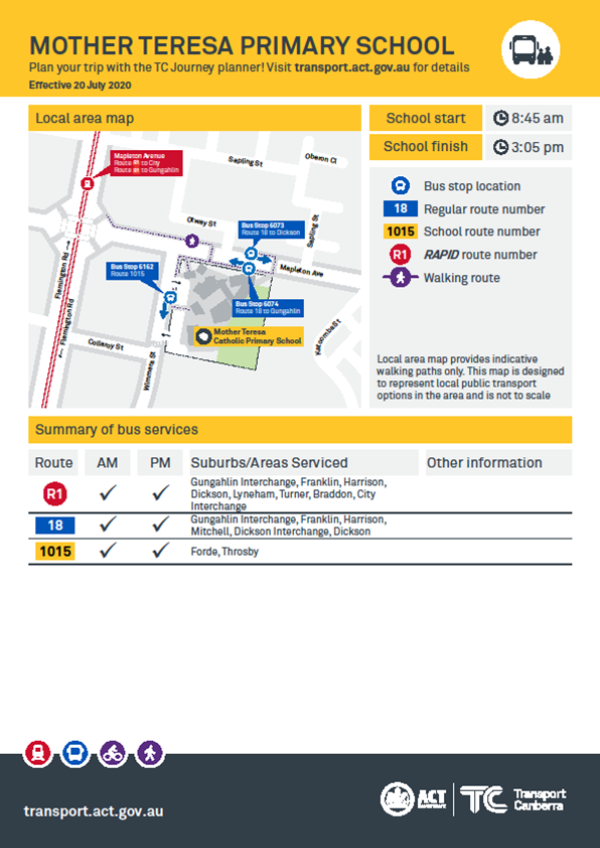 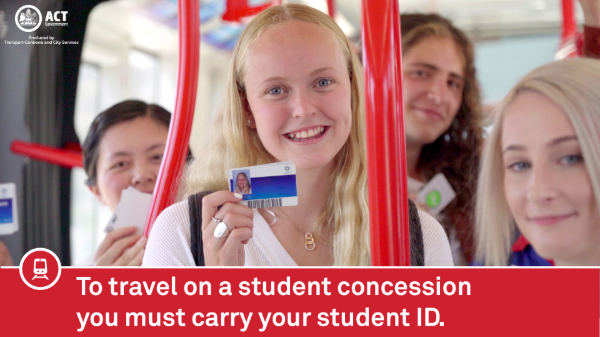 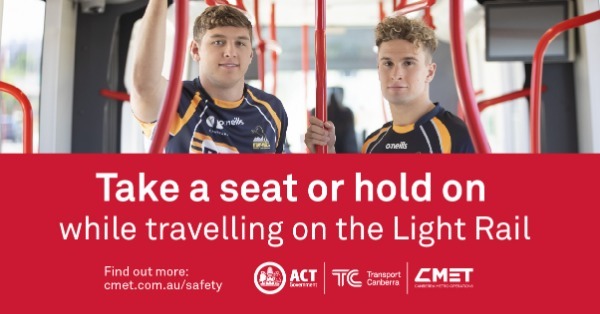 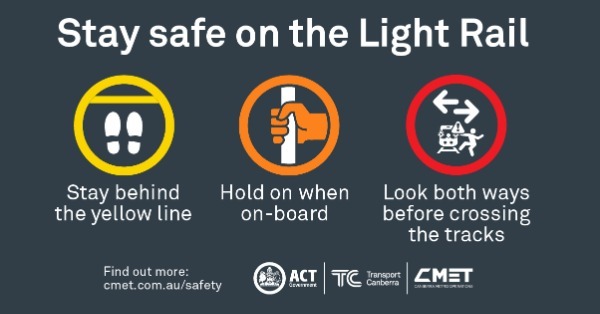 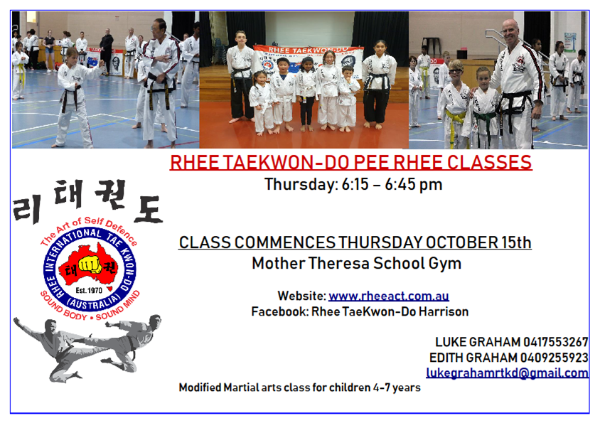 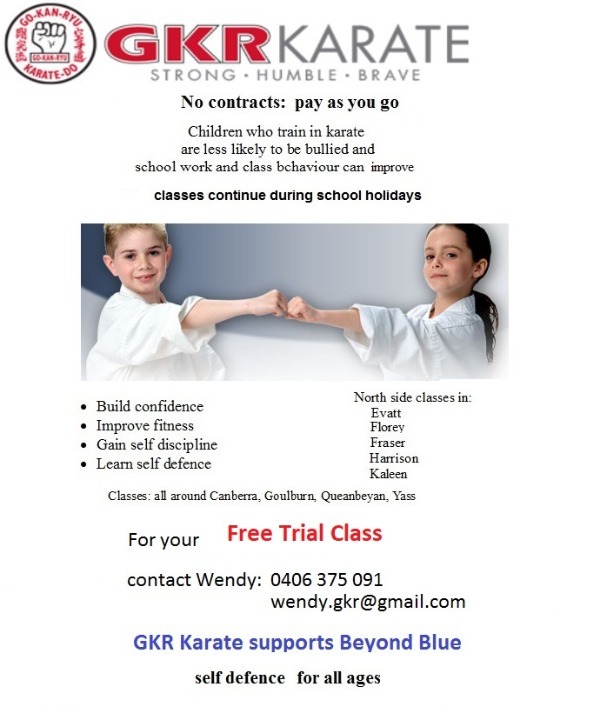 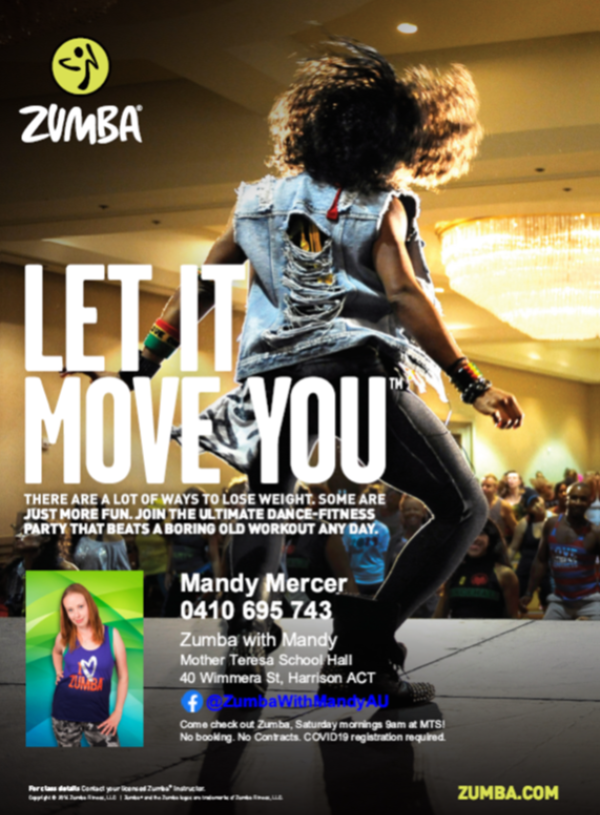 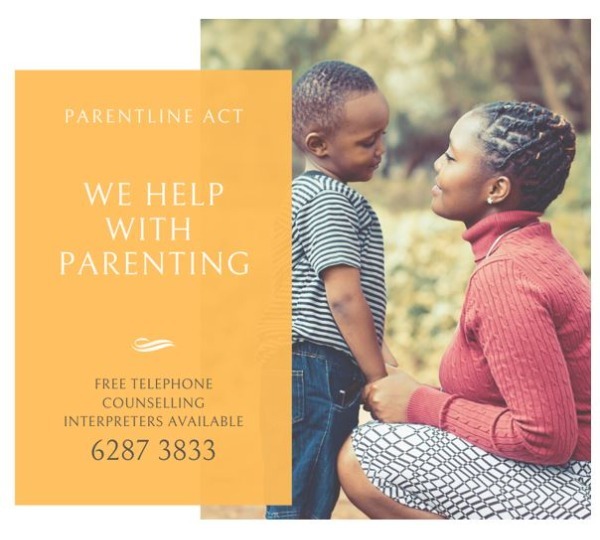 Remember to STOP for our supervisor A school crossing supervisor is supporting our school each morning and afternoon to increase safety for children. Please support this initiative by driving safely near the school and encouraging children to use the supervised crossing.

The school community is encouraged to familiarise themselves with the basic crossing supervisor procedures:

The School Crossing Supervisor program is delivered by Transport Canberra and City Services’ School Safety Program. If you have any feedback about the program, please contact TCCS.

Please be patient, polite and respectful to our supervisor, they are committed to keeping our students safe. Parents please use this booking link to confirm your child's attendance on Thursday 25 March.  Bookings are essential.

Please note transport to and from JPC on this day must be arranged by parents. DARAMALAN TRY DARA FOR A DAY - Bookings are NOT required (a permission note will be sent home with children)
MTS Students will be attending on Wednesday 31 March.
Daramalan will provide a bus service from MTS & back again. MERICI COLLEGE - BE A MERICI GIRL FOR A DAY
MTS students will be going on 6 May.  Notes will be sent home shortly.